As we settle back in after our recent trip, we thought we would share the story of our 2 latest stags taken by Jamie (pictured left) and Max (pictured right)

We contacted Jack at Pocket Guided Hunts a few months ago to discuss the trip during the rut and were extremely impressed with their service and pricing so went ahead and booked a trip. To cut a long story short, we arrived at the property about an hour north of Kilcoy, which was absolutely beautiful with great rolling hills and had a stag roaring at us within 30 seconds of hopping out of the car (success!) We met with one of the guides Danny and the property owner Garry Hantin, best known to his mates as “Bluey” who we had a good chat with about the property and off we went to the newly built Hunters Shed which the whole team has put a lot of effort into making just like home. Full powered undercover site with a few fridges stocked with the finest spirits (so long as it’s Bundy Rum!) and of course some XXXX Gold. Brian and Jack were waiting for us at the camp to welcome everyone and throughout the next few days we would come to call all these characters our good mates.

We woke up about 430am on our first morning and trenched ourselves up a hill that would kill most men (and almost us) about an hour and a half into the hunt we heard a stag roar at what seemed liked right next to us, so Jamie & Max did the ol’ rock, paper, scissors on who would shoot first and Jamie came up with the goods, approximately 5 minutes later a beautiful young 3×3 stag popped his head out from the bush directly in front of us on the road, deciding to pass him up he eventually caught on and trotted off into the bush, not 15 seconds later did another Stag come out to see what all the fuss was about, beautiful big stag with a 4×5 set on him and a great presence. Jamie leaning up against a tree had a perfect shot at 50 metres and took aim, fired and the stag went about 10 metres before we heard a big crash and that was him done.

We carried on for approximately 4 more hours in search of Max’s beast, we managed to spot about 2 more young stags at really close range and sat to observe them but didn’t take a shot. After heading back for some lunch we re-visited the hunt in the afternoon about 230pm as it started to rain quite heavily (of course) we walked for quite a while around the ridges, using a game caller to try and get a response, we had a few roaring but none seemed to be any closer. We did this for a few hours as the rain set in and didn’t seem to be having much luck, until we walked over a ridge and down a gully at about 530pm and finally got a roar back close enough to start the pursuit, we followed down this ridgeline to a beautiful 4×4 stag that was quite aggressive and definitely interested in us, Max positioned himself behind some trees looking up the gully at the stag as Jamie & Jack continued around the right hand side to continue roaring at him, after a perfect shot at about 75M from Max, the stag dropped on the spot and thus ended the pursuit.

Of course everyone knows the agonising process that came next, 630pm, darkness setting in, raining, big stag at the bottom of a gully and about 500 metres to drag it up a hill! We won’t go into the full story but it was certainly a mission and made the success all that much sweeter when we eventually got back into the car and to camp around 8pm that night for some dinner, celebratory beers and some skinning.

All in all we had a great trip and we wanted to list some of our trustworthy Hunters Element kit that we used to get our stags successfully below, we have all the latest gear in stock and ready to go which can be purchased on our website at www.hunterswarehouse.com.au or in-store 6 days a week at our location on the Gold Coast. We have a great range of hunting accessories, camo clothing, knives, meat safes and more.

VISIT US IN STORE 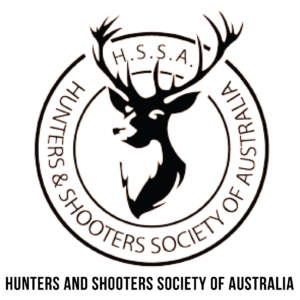 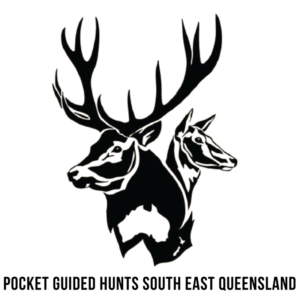